With the exquisite craftsmanship of the artisans in The Master Studio of Chow Tai Fook, the most precious gemstones and metals are combined to produce remarkable jewellery works. At the Master Studio, there are dozens of award-winning master artisans who have more than four decades of gold and jewellery making experience under their belts lead over 200 skilful craftsmen, around 50 of whom have been in the trade for more than 20 years and are certified craftsmen at the national level to create unique and exquisite jewellery.

The Master Studio of Chow Tai Fook also aims to inherit and develop craftsmanship. Craftsmen here are recognised not only as keepers of age-old jewellery-making traditions, but also as innovators in artistry and craft skills. They have been winning lots of awards and honours, the Gold Award in the Pure Gold Jewellery Design Competition of the Hong Kong International Jewellery Show in 2018, the 7th “Zhongjin Cup” in the National Gold Industry Vocational Skills Competition in 2017, and the Gold Award in the Baihua Cup Crafts Competition held by China Arts and Crafts Association in 2017. 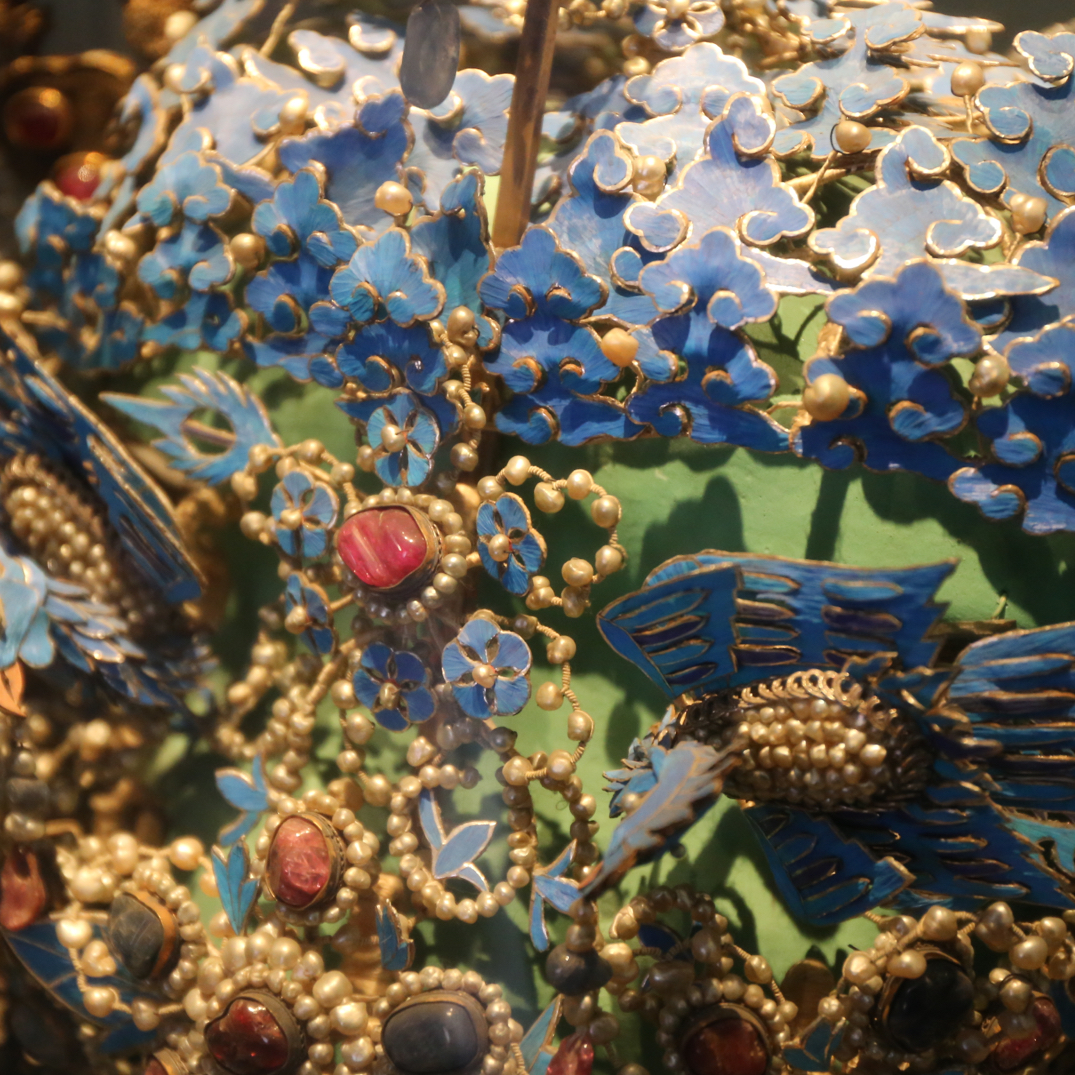 Learning from the past allows us to innovate well into the future. Every piece of gold jewellery is a storyteller. It offers a glimpse into the art, heritage, and history that engender the piece and represents a historical quest of beauty that crystallises in the knowledge, technology, and techniques that we know today. For this reason, the Master Studio of Chow Tai Fook supported the “Ancient Chinese Gold Techniques” research project from 2014 to 2017. For this project, spearheaded by the Art Museum of the Chinese University of Hong Kong, Shaanxi Institute for Preservation of Cultural Heritage and the Conservation Office of Hong Kong’s Leisure and Cultural Services Department, Chow Tai Fook’s goldsmiths conducted experiments to reconstruct and understand ancient gold working techniques and provided their know-hows and analyses from decades of practice. Moving forward, Chow Tai Fook continues to step up its support of research and public education initiatives so as to promote the industry’s sustainable development and the preservation of traditional techniques.

Drawing inspiration from the ivory carving presented to the Royal Court of imperial China in the Qing Dynasty, this delicate handicraft made of pure gold depicts a golden barge that was awarded the Gold Award in the Baihua Cup Crafts Competition held by China Arts and Crafts Association, a top honour given to the best handicraft nationally. It features numerous Chinese mythological figures including the Queen Mother of the West, the Three Stars of Prosperity, Status and Longevity, and the Eight Immortals. Replete with auspicious motifs and traditional symbolism, for instance, fluttering banners as well as radiant flowers and plants, are found aboard the barge. The three-storey barge is composed of 128 intricate parts and weights 1,771.88g, carrying cultural meanings and representing the greatest blessings of peace, prosperity and luck one can receive.

The award-winning work, which took months to complete, was created by a team of designers and goldsmiths from the Master Studio of Chow Tai Fook. Time-honoured Chinese gold working techniques, such as hammering, toreutics, and leisi filigree, are proudly showcased in the collective masterpiece.

BACK TO TOP
OTHER CRAFTS

A HERITAGE IN BLOOM
READ MORE 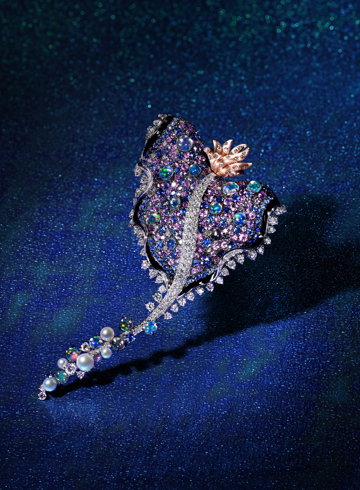 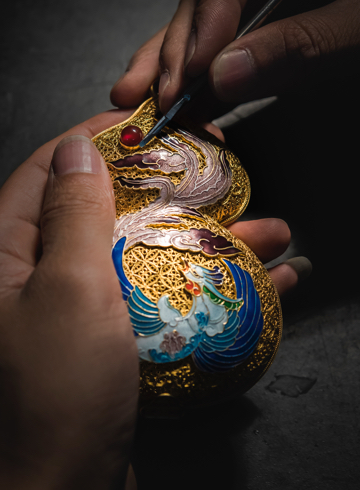